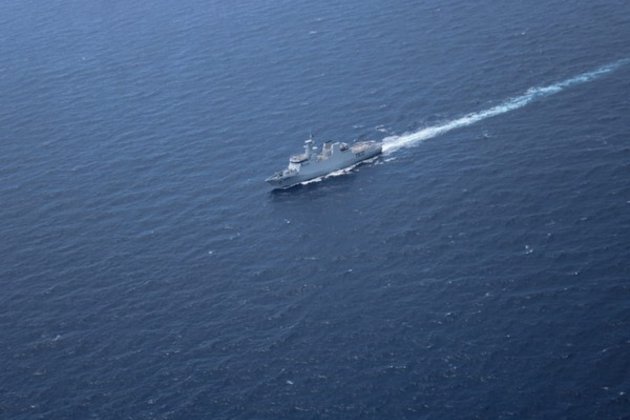 Why do Malaysia, Indonesia continue to tolerate Beijing's incursion in South China sea?

Beijing [China], August 19 (ANI): Malaysia's limited deterrence capacity and unwillingness to invest heavily in border security have resulted in an increase in the assertiveness of Chinese incursions in the South China Sea as Beijing has been demanding that both Malaysia and Indonesia cease their oil exploration and exploitation on the contested continental shelves.

Emirza Adi Syailendra, the author highlighted that the bottom line is that as long as Kuala Lumpur and Jakarta believe that they are in a domain of gains when dealing with Beijing, they will continue to adopt a more restrained approach. The dance is dynamic, and its rules are continuously negotiated. China will continue to push, and both Malaysia and Indonesia will continue to protest. This is something that both countries have seemingly accepted as the reality of living next door to a giant.

Malaysia and Indonesia are not without options in how they deal with Chinese maritime incursions. These options range from undertaking legal challenges to harnessing external powers' interest in balancing Beijing.

Indonesia and Malaysia are being discouraged the United States and Australia from getting involved as the CCG and RMN engaged each other in the West Capella area in April 2020. If the main issue was the power asymmetry between Malaysia and China, Kuala Lumpur should have been elated with other external powers defending it from Chinese bullying.

In recent years, Malaysia and Indonesia have been faced with repeated incursions by Chinese Coast Guard (CCG) vessels into disputed areas of the South China Sea, The Diplomat reported.

In the case of Malaysia, these are waters off the coast of Sabah and Sarawak, and in the case of Indonesia, the waters north of the Natuna Islands.

These two regions intersect with Beijing's "nine-dash line," which Beijing has since 2009 claimed as an exclusive maritime jurisdiction, including an assertion of ownership over the water column and continental shelf.

The increasing intensity of CCG encroachments has been motivated by the discovery of economically viable oil fields in Kasawari (in 2011), located in Central Luconia off the coast of Sarawak, and Tuna Block (in 2014), located in the northern part of the Natunas.

Beijing has demanded that both Malaysia and Indonesia cease their oil exploration and exploitation on the contested continental shelves.

The Royal Malaysian Navy (RMN) and the Indonesian Navy (TNI-AL) have chosen to respond to Chinese incursions by "shadowing" CCG vessels that enter their waters, rather than confronting them and forcing them to leave.

This practice should be understood in the light of how Kuala Lumpur and Jakarta calculate risk regarding Beijing's assertiveness, The Diplomat reported.

The shadowing rule is similar to a waltz: When CCG vessels step forward, the RMN and TNI-AL step backward, and vice-versa.

The rule of engagement is simple: As the Indonesian director of strategy at the Ministry of Defense recently put it, "jangan bikin gaduh," or "do not escalate first."With everyone practising restraint, the do-not-escalate principle assures CCG vessels that they will not be confronted by the RMN and TNI-AL. Therefore, the Chinese are able to stay in disputed areas.

Malaysia and Indonesia are not without options in how they deal with Chinese maritime incursions. These options range from undertaking legal challenges to harnessing external powers' interest in balancing Beijing.

Instead, Malaysia discouraged the United States and Australia from getting involved as the CCG and RMN engaged each other in the West Capella area in April 2020. If the main issue was the power asymmetry between Malaysia and China, Kuala Lumpur should have been elated with other external powers defending it from Chinese bullying.

Therefore, the more restrained shadowing tactics should be seen as a signal from both parties of the need for Beijing to save face.

Although China's "nine-dash line" has no international legal basis, there is no way it could be persuaded to change its position, and given that Malaysia values its economic cooperation with China, some form of accommodation is required. Guided by this belief, Malaysia has endured more intense incursions as China has deployed military escorts to follow its survey ships and coast guard vessels.

Malaysian policymakers' fear of Chinese domination is mitigated as long as Malaysia can continue to secure its position legally and Beijing acts within bounds set by Kuala Lumpur; both of these are coupled with the continued Malaysian belief that Beijing views Malaysia as a premium partner.

Flowing from these assumptions is a Malaysian belief that Beijing's presence in the South China Sea must be tolerated. Malaysia's redline is any physical interference with its exploitation activities.

Many policymakers in Jakarta recognize Beijing's decision not to deploy military escorts to shield its survey ship, the Haiyang Dizhi, between August and September 2021, from the Indonesian Navy as a measure of restraint. Jakarta also felt secure enough with its own legal position, given there was little chance that Beijing would gain international recognition for its own claims.

This combination of factors made Jakarta willing to offer room for Beijing to creep into the waters in the northern part of the Natuna Sea as long as the encroachment remained non-military in nature, and Beijing refrained from physically interfering with its oil exploration activities.

Explaining Chinese assertiveness in situational terms means Jakarta and Kuala Lumpur believe that Beijing only escalates when provoked. This belief is unique and is not widely shared because it stems from the calculation that China's assertive actions are reactionary instead of part of a grand vision in the South China Sea, The Diplomat reported.

If Beijing crosses the redlines laid down by Malaysia and Indonesia, both countries are confident that the legality of their claim is undisputable and that the international community has their back.

Coupled with the stakes of the relationship, Kuala Lumpur and Jakarta understand that Beijing will not flippantly undermine two relationships in which it has invested so much over the past few decades. (ANI)