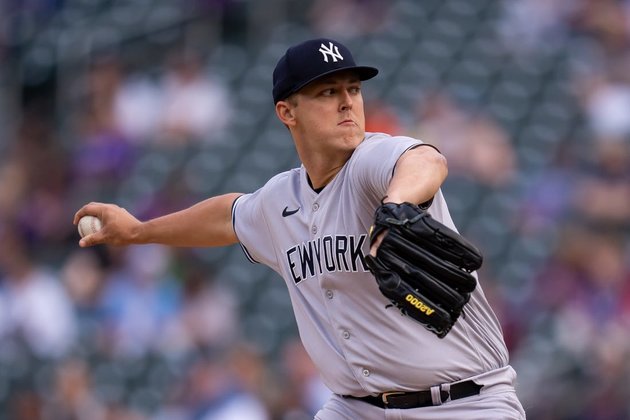 For the New York Yankees, a major theme of their first 75 games was finding different ways to win, whether it was late offense or limited offense along with effective pitching and defense.

In the first two games of the current series against Oakland Athletics, the Yankees mixed in each of those components. They can complete another series sweep Wednesday afternoon when they host the worst team in the majors.

The Yankees are 15-4 over their past 19 games and 18-2 over their past 20 home games. Since being no-hit by the Houston Astros on Saturday afternoon, they are on a three-game winning streak as they head to the finale of their homestand ahead of a 10-game road trip.

New York opened the series by rallying from an early four-run deficit, scoring six times in the seventh inning of a 9-5 win on Monday. The Yankees followed up their major-league-best 23rd comeback win by scoring two early runs and watching their pitching and defense make it stand in a 2-1 win on Tuesday.

Jose Trevino hit an RBI double in the first inning of the latest game, and the catcher threw out a pair of baserunners while also guiding spot starter JP Sears through 5 2/3 scoreless innings. The Yankees lowered their big-league-best team ERA to 2.93.

Marwin Gonzalez added a homer as New York improved to 17-6 in one-run games and won its ninth game when scoring two runs or one.

"That was awesome, that was great," Gonzalez said of New York's defense in the Tuesday win. "We've been playing really good defense."

Elvis Andrus is responsible for four of the Athletics' six runs in the series. He hit a bases-clearing double in a five-run third inning on Monday, and then he hit an RBI single in the ninth on Tuesday.

The A's, who are 5-19 this month, are one loss away from getting swept for the eighth time this year. Their .210 batting average and .600 OPS are both worst in the majors.

Oakland has scored one run or none in eight of its past 14 games, including Tuesday, when Frankie Montas was a tough-luck loser. He allowed two runs in six innings and struck out seven, including Aaron Judge three times.

"Offensively we've had our struggles with scoring runs, and this pitching staff has done a good job, the bullpen did a great job tonight keeping (the Yankees) at two," Oakland manager Mark Kotsay said. "So we're going to continue to show the fight that we have all season."

Jameson Taillon, who is attempting to join Toronto's Alek Manoah and Houston's Justin Verlander as the AL's third nine-game winner, will start Wednesday for the Yankees.

Taillon (8-1, 3.19 ERA) has won his past eight decisions since losing his season debut on April 11. He dodged a loss when he allowed a season-high six runs and 10 hits in 5 2/3 innings against Houston on Thursday.

Taillon does not own a decision and has a 7.56 ERA in two career starts against Oakland, both of which were last season.

Cole Irvin (2-5, 3.29) will start for Oakland. The left-hander is 0-4 with a 3.54 ERA in seven starts since returning from left shoulder tendinitis on May 22. The losing streak matches the longest of his career.

Irvin, who will oppose the Yankees for the first time, last pitched on Friday in a 3-1 loss at Kansas City. He allowed three runs on seven hits in 5 1/3 innings.