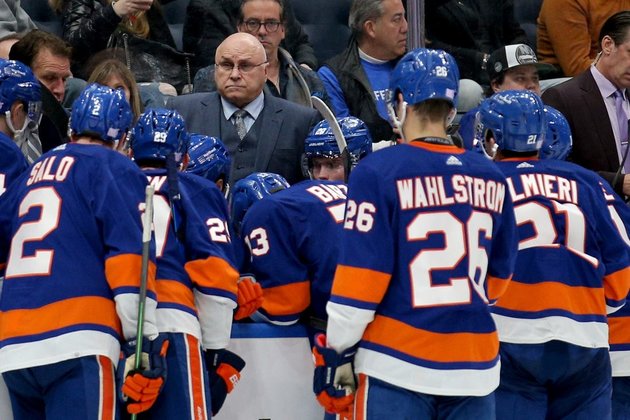 The New York Islanders fired Trotz, 59, on May 9 after a 37-35-10 (84 points) season, which wasn't good enough to make the playoffs. He said he will divert his time this upcoming season toward personal issues.

"I've got some things personally that I've got to take care of, family-wise that I've got to take care of," Trotz said Friday. "I didn't feel ... if I'd said I'll take the job, I think I would have done any team a little bit of a disservice and myself a disservice because to be a coach in the NHL, it is demanding and it requires your all. It just does, emotionally it just does, mentally it just does. So I couldn't go down that path."

Trotz said he isn't ruling out a return to coaching. Just not yet.

"I've been doing this for 25 straight years and I've put a lot of stuff on the back burner and I think it's time. The one thing I do know, and it's a mistake that everybody makes, is you think you have time and you don't," he said. "And so this is my time when I can get to a lot of things I've put on the back burner. I have to take care of those, for peace of mind for everything so I will be 100 percent in if I get back into it and I'll be a better coach for it."

A native of Manitoba, he told the Winnipeg Jets he wasn't interested in their open coaching job.

"Winnipeg came after me in terms of wanting me to be part of the organization and I was really impressed with their commitment to winning. ... I've got relatives that work for the Jets and friends that work security there, people I went to school with. I know lots about the Jets. They've got a tremendous organization and a real family atmosphere. But I could not commit to any team; it wasn't just Winnipeg, it was every team that I had talked to because I had to know I was 100 percent in."

His 914 wins are the third-most in NHL history behind Scotty Bowman (1,244) and Joel Quenneville (969). He is a two-time winner of the Jack Adams Award.