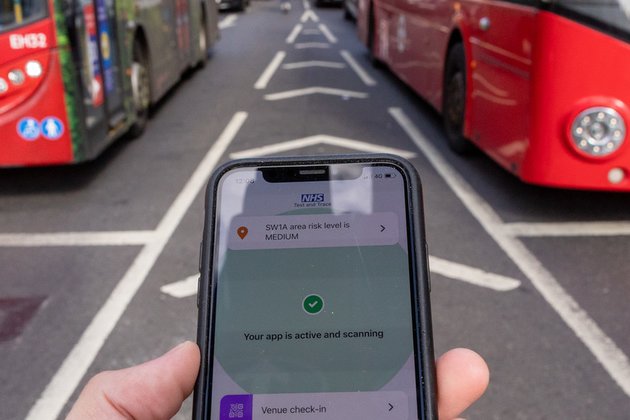 UK evaluates cost of another pingdemic

With lockdowns looming due to the spread of Omicron, the new mutant strain of Covid-19, another ?pingdemic? could cost the UK economy €2 billion a month, the country's industry leaders warned Business Secretary Kwasi Kwarteng.

The so-called "pingdemic," derived from the words "pandemic" and "ping," refers to being notified, or pinged, by an app which tracks and registers close contact with the infected, and recommends self-isolation for a certain amount of time.

The first one - imposed during the previous coronavirus wave - had an enormous negative impact on a wide range of economic sectors, heavily hitting the supply chains and creating severe labor shortages across the country. The measures were dropped in August for fully vaccinated citizens.

Over the weekend, British authorities introduced the targeted measures to tackle the new coronavirus variant. They take effect at 4:00 am on November 30, and include compulsory mask-wearing in shops and on public transport, PCR tests and self-isolation until getting a negative result if arriving from abroad, as well as 10 days of self-isolation for those who were in contact with suspected Omicron cases.

The renewed rules oblige the fully-vaccinated to stay home if they are identified as a close contact of someone who tests positive for Omicron.

According to the Institute of Economic Affairs, the measures are expected to lead to another ruinous pingdemic-prompted shortage of goods and labor in the run-up to Christmas, as businesses become crippled by the growing number of staff being forced to self-isolate.

"The impact of a repeat could now be greater, because the rules are being tightened in school term time and when labor shortages are a bigger problem. The new self-isolation rules could knock as much as 1% off GDP in December, costing the economy at least Pound 2 billion," Julian Jessop of the IEA told the Daily Mail.

According to Stephen Phipson, the head of the manufacturers' group Make UK, the risk that the self-isolation rules will worsen the already tough staffing issues is huge.

"We don't want to go back to the pingdemic," he told the Financial Times.