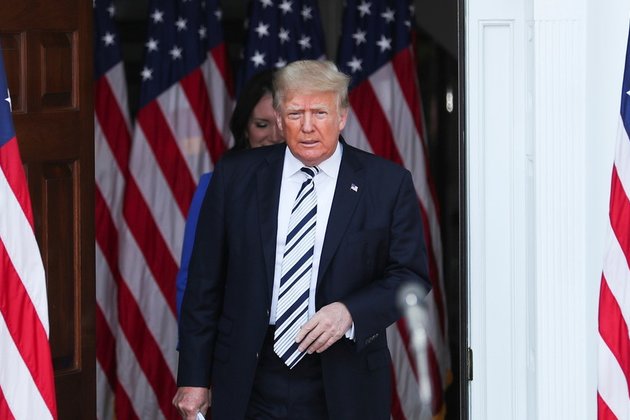 Donald Trump continues to insist the 2020 presidential election was fraudulent, now going so far as to challenge the ?heads of the various papers? and ?far left politicians? to debate him in a ?ratings bonanza? television event.

"I am willing to challenge the heads of the various papers or even far-left politicians, who have perpetuated the Real Big Lie, which is voter irregularities and fraud on a massive and determinative scale," the former president wrote in a Sunday evening statement sent through his Save America PAC. He insisted once again the previous election results were "fake."

Anyone willing to debate should "let me know," Trump added, though he admitted the low likelihood his critics would ever agree to such an event, claiming they "cannot argue the facts."

Trump did not give names of anyone in media or politics who he would like to debate, though he did blast the Congressional subcommittee investigating the January 6 Capitol riot. Members of this "highly partisan" committee, the Republican said, "refuse to delve into what caused the January 6th protest," which he claims were the election results.

If any politicians or media heads agreed, however, the former president claimed it would be a "ratings bonanza for television."

Trump has continued to push his belief that the 2020 presidential election was fraudulent and rigged in now-President Joe Biden's favor, though there has been no official proof of the alleged widespread fraud.