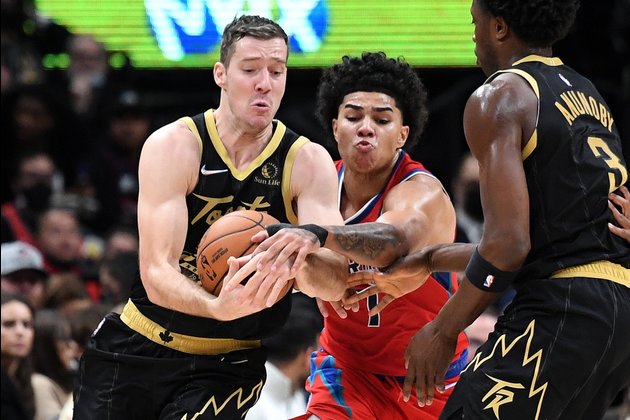 Toronto Raptors point guard Goran Dragic is taking an indefinite leave from the team to handle a personal issue, the team announced Sunday.

Dragic, 35, has only played in five games for Toronto this season. His most recent appearance was Nov. 13 and his previous one was Oct. 25.

"Goran is taking some time away from the team, with our full support, to manage a personal matter," Webster said in a statement. "He has been a complete professional in the time that he has been with the Raptors -- Goran has been a great mentor to our younger players and a valued teammate for our veterans.

"He will continue to work out and stay in shape during his time away. There is no definite timeline for this process, and we will advise updates as appropriate. Goran has the backing of Masai, Nick and the entire organization, and we wish him nothing but the best."

Dragic was dealt to the Raptors in the offseason in the trade that sent Kyle Lowry to the Miami Heat. The native of Slovenia averaged 13.4 points in 50 games (11 starts) for Miami last season.

An All-Star with the Heat during the 2017-18 season, Dragic is in his 14th NBA season. He has career averages of 13.9 points and 4.8 assists with the Phoenix Suns (two stints), Houston Rockets, Heat and Raptors.